After more than a year of digital coordination meetings in the German consortium and with the Cameroonian partners, FiW and IHPH made a first successful trip to Cameroon. For eleven days, the team visited potential pilot sites for the construction of decentralized drinking water treatment plants, presented the project to the relevant authorities and discussed existing problems with the local population.

The trip kicked off with a two-day workshop in Soa, a peri-urban settlement area north of the capital Yaoundé. The Cameroonian NGO Ciel Bleu had already built up a network here in the preparation to the trip, and this was reflected in the lively participation of politicians, authorities and the local population in the workshop. In the discussions with local representatives, the consortium gained important insights into the local drinking water problems and received suggestions for the locations of the PAULA plants.

Together with a representative of the University of Yaoundé I, which coordinates the project in Cameroon, the team then visited the St. Martin Foundation in Otélé, which has constructed numerous drinking water wells in the region around Yaoundé, and described its experiences in dealing with local stakeholders.

The trip then continued to Douala, the economic center of Cameroon at the Atlantic coast. Here, initial contacts were made with the local chiefs of potential pilot areas, which now have to be tested for their technical suitability. They also visited the processing plant of the international company NAMé Recycling, which operates facilities for recycling PET bottles in Douala and Yaoundé.

After another overland trip, the team then landed in Dschang, a city in the highlands of Western Cameroon, which faces very different challenges than, for example, the coastal city of Douala. Through the University of Yaoundé I, the team made initial contacts and visited various areas in the neighboring city of Santchou.

For the last days of the trip, the INTEWAR team returned to Yaoundé and held final discussions with the University of Yaoundé I and Ciel Bleu about the findings and next steps in the project. All participants gave a positive summary and are already looking forward to further cooperation.

In the settings you can learn which cookies we use or turn them off. 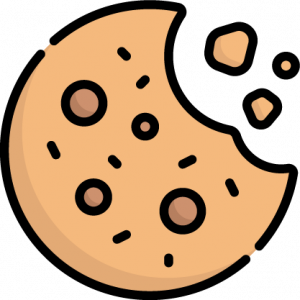 This website uses cookies so that we can provide you with the best possible user experience. Cookie information is stored in your browser and performs functions such as recognizing you when you return to our website and helps our team understand which sections of the website are most interesting and useful to you.

If you disable this cookie, we will not be able to save the settings. This means that every time you visit this website, you will have to enable or disable cookies again.